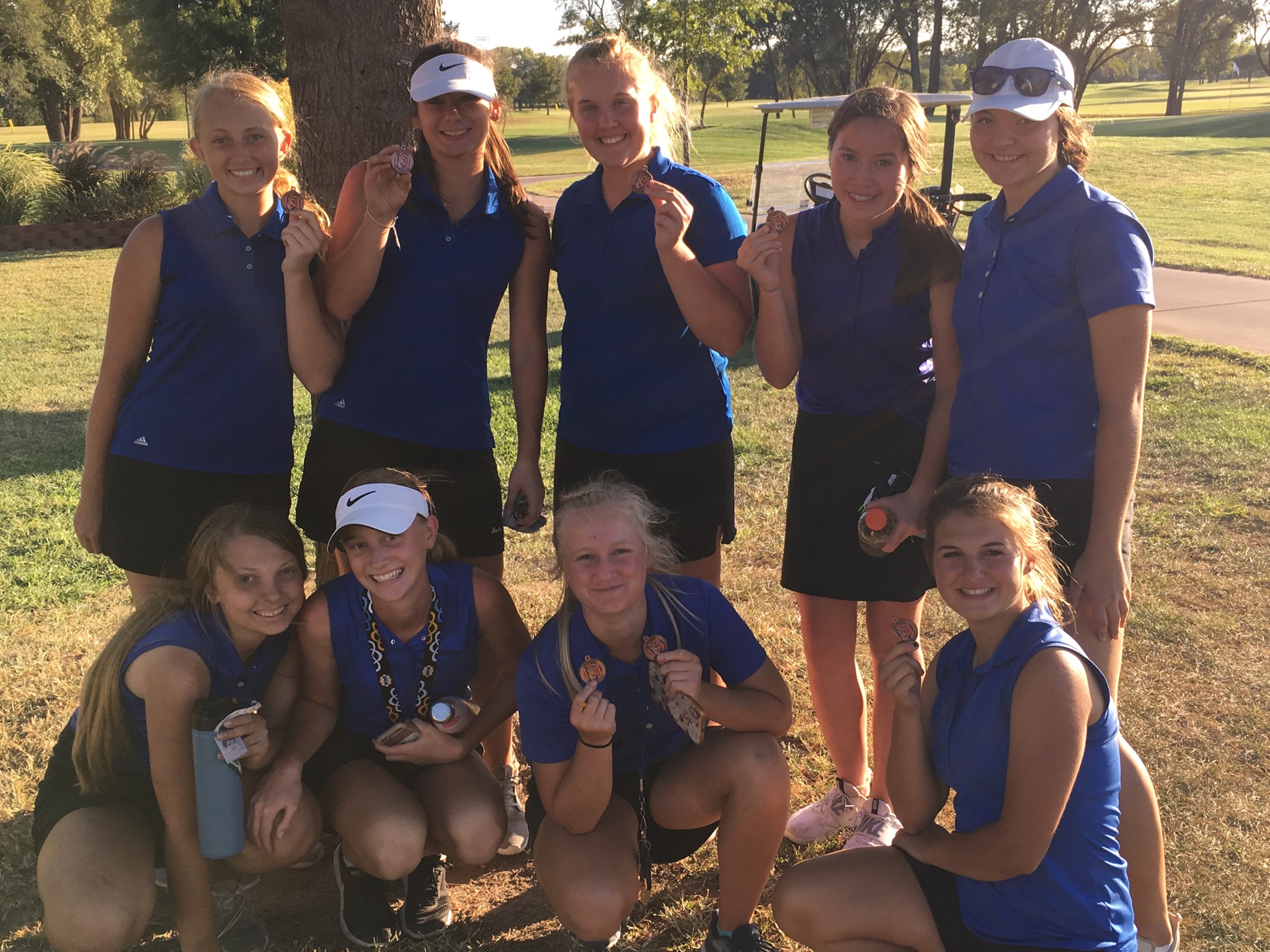 The Cheney Girls Golf Team began a two week stretch of playing in four eighteen hole tournaments as they prepare for league, regional, and state. The first eighteen hole tournament was their home invitational on Monday, September 23rd. The fall like weather had arrived as the girls teed off at 1:00 to temperatures in the 70’s and a slight breeze, a beautiful day for golf. The Lady Cards made the day even better by earning third place team medals while reducing their season eighteen hole team score by thirty strokes. Junior Jalyn Turner continues to lead Cheney as she turned in a season low of 101 earning a seventh place medal. Halley Jones also was a top ten finisher, as the junior shot a career low of 103 which earned her a ninth place medal. Completing out the Cheney team scores were freshman Kaitlyn Fowler with a career low 114, followed by junior Morgan Sutter, 121, sophomore Ashlynn Riggs, 128, junior Natlaie Burdick, 122, and sophomore Mollie Brozek 139. On the JV side, nine hole scores were turned in by sophomore Hayler Sutter 62, sophomore Taelyr Becker 66, and Senior Lauren Becker 70.
The JV will travel to Nickerson on Thursday, September 26 for a nine hole tournament. The varsity will play their next event at Hesston on Friday, September 27th for an eighteen hole tournament hosted by Buhler with a 9:00 am starting time. The Lady Cards will follow that up back on their home course on Monday , September 30th playing in Andale’s tournament at Cherry Oaks.