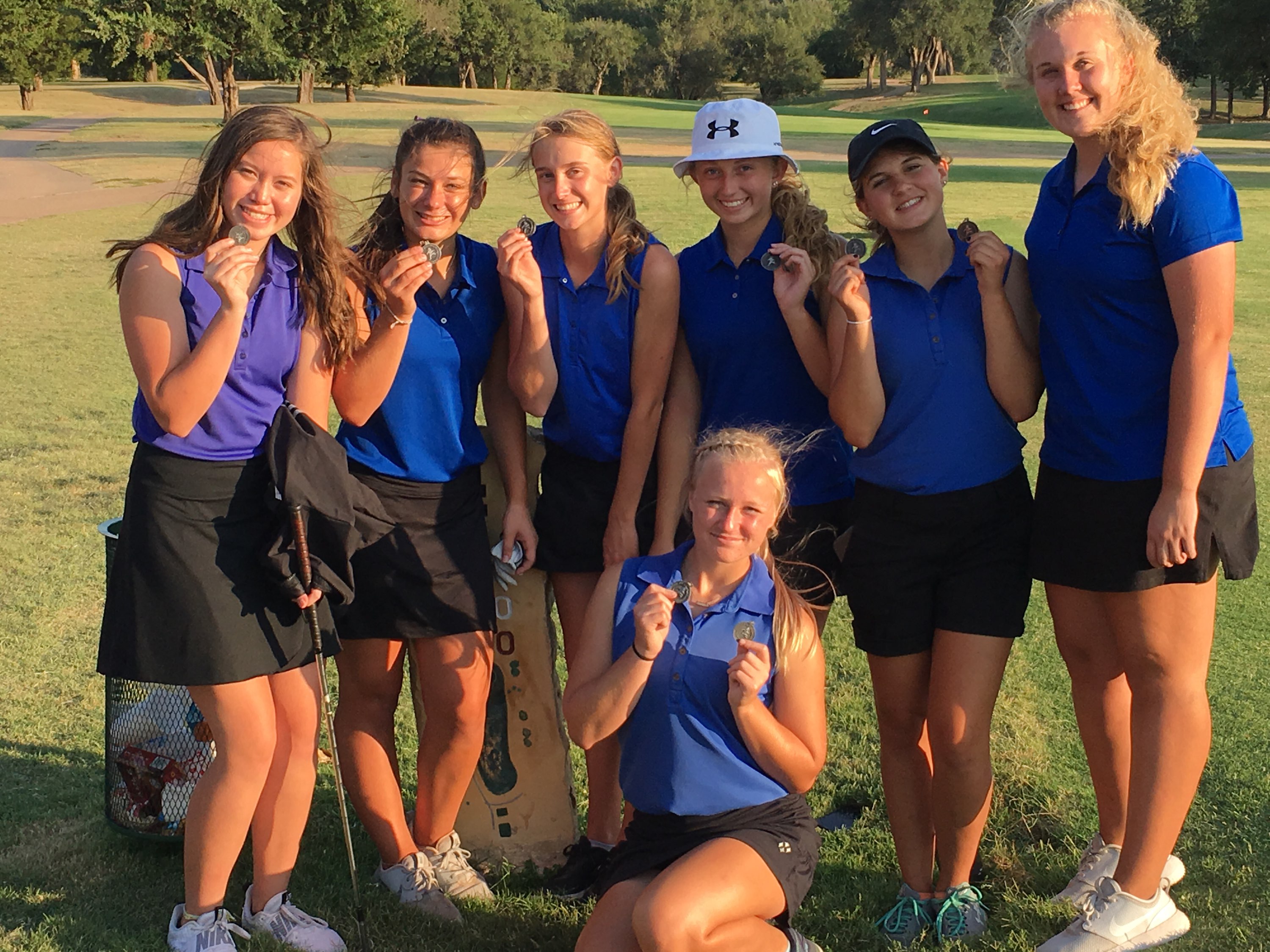 The Lady Cardinals traveled to Pratt on a hot and windy Monday, September 16th for a nine-hole invitational golf tournament hosted by Pratt HS at Park Hills CC. Park Hills was another chance for the girls to see some hills and different type of golf course. Cheney earned second place team medals by posting a season low for the nine holes at 223, which was only one stroke away from winning the tournament. Junior Jalyn Turner was the second place individual medalist with a score of 51. Halley Jones, also a junior had her best round of the season to earn the third place individual medal at 54 and right behind her was junior Morgan Sutter who also turned in a season best 55 and was the fourth medalist. Sophomores Mollie Brozek and Ashlynn Riggs were next with a score of 63, followed by junior Natalie Burdick and freshman Kaitlyn Fowler with nine hole scores of 69.
Cheney will turn around quickly and play on Thursday, September 19, with two squads participating as one will head to Kingman CC and the other to Eisenhower at Tex Consolver. Both tournaments will be 9 hole events with Kingman starting at 1:00 and Eisenhower at 3:00
On Next Monday September 23rd the Lady Cards will be playing at their home course for an 18 hole invitational event that Cheney HS will host with a 1:00 starting time.