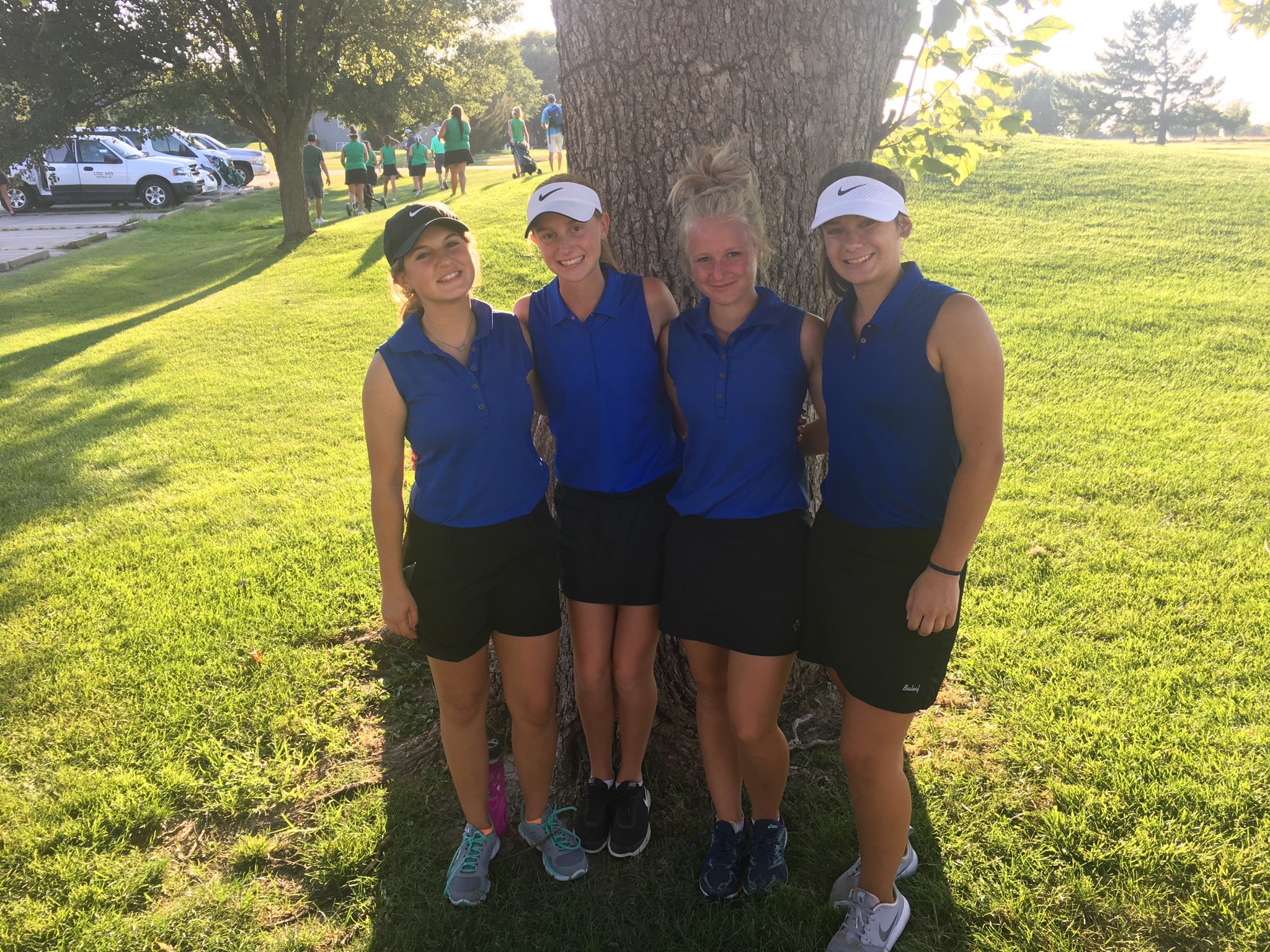 If you have ever been to Kansas City’s Worlds of Fun and ridden the Timber Wolf roller coaster in July then you could get a feel for the girls golf team’s first 18 hole tournament of the season on Thursday. There were good parts, bad parts, heat, wind, excitement, some blah, but overall an enjoyable but bumpy experience. We had all of that and more at the Hesston Golf Course during the Pre-State tournament hosted by the Hesston Golf Course.
The girls played well on quite a few strokes but overall need to improve consistency of their golf game to be able to compete at a higher level. Many experienced their first pars of the season but also had some holes they would be considered in the “other” score column.
Junior Jalyn Turner was low score for the Lady Cards shooting a 110, followed by two more juniors Morgan Sutter, 113, and Halley Jones 116. Our fourth score was turned in by Ashlynn Riggs at 126.
Cheney will return to the links on Monday, September 9th for a nine-hole tournament hosted by Medicine Lodge. They will be hosting a varsity and a junior varsity tournament simultaneously so all ten team members will compete . Both tournaments will start at 1:00 at the Medicine Lodge Golf Course.