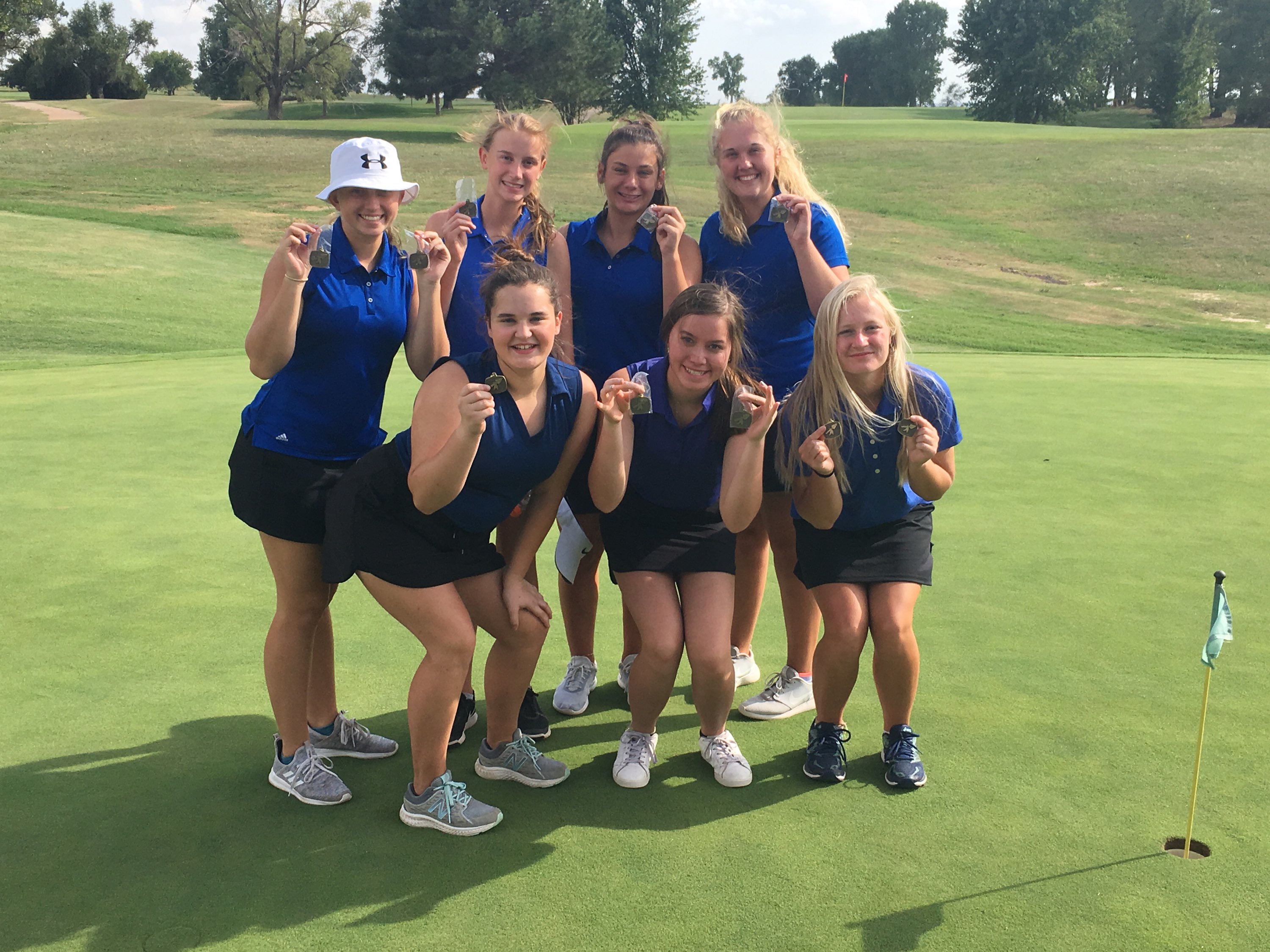 The Lady Cards earned their first tournament championship of the season on Monday, September 9 at the Medicine Lodge Invitational. With all kinds of weather conditions during the tournament: rain, wind, then heat and humidity the girls were still able to come in with a season best nine hole score of 232. Hoisington also shot a team total of 232, when a team tie happens the tournament director then breaks tie with the score of the fifth individual of each tied team and Cheney won this tiebreaker. Third place went to Larned with a team total of 233 as it was a very contested event.Cheney had three girls earn medalist honors led by junior Jalyn Turner who was the tournament individual runner up with a score of 54. Shooting a 56 was sophomore Mollie Brozek which was good for a 6th place medal. The next medalist was freshman Kaitlyn Fowler with a 59 earning a 10th place medal. Junior Halley Jones carded a 63, followed by sophomores Ashlynn Riggs 64 and Hayley Sutter 67.
Medicine Lodge also held a junior varsity tournament at the same time with junior Natalie Burdick earning a 6th place individual medal with a 64.
Cheney has the rest of this week off from competition with the next tournament being on Monday September 16th hosted by Pratt HS at Park Hills CC.